Thus Spoke Zarathustra A Book for Everyone and No One

Friedrich Nietzsche’s most accessible and influential philosophical work, misquoted, misrepresented, brilliantly original and enormously influential, Thus Spoke Zarathustra is translated from the German by R.J. Hollingdale in Penguin Classics.
Nietzsche was one of the most revolutionary and subversive thinkers in Western philosophy, and Thus Spoke Zarathustra remains his most famous and influential work. It describes how the ancient Persian prophet Zarathustra descends from his solitude in the mountains to tell the world that God is dead and that the Superman, the human embodiment of divinity, is his successor. Nietzsche’s utterance ‘God is dead’, his insistence that the meaning of life is to be found in purely human terms, and his doctrine of the Superman and the will to power were all later seized upon and unrecognisably twisted by, among others, Nazi intellectuals. With blazing intensity and poetic brilliance, Nietzsche argues that the meaning of existence is not to be found in religious pieties or meek submission to authority, but in an all-powerful life force- passionate, chaotic and free.
Frederich Nietzsche (1844-1900) became the chair of classical philology at Basel University at the age of 24 until his bad health forced him to retire in 1879. He divorced himself from society until his final collapse in 1899 when he became insane. A powerfully original thinker, Nietzsche’s influence on subsequent writers, such as George Bernard Shaw, D.H. Lawrence, Thomas Mann and Jean-Paul Sartre, was considerable.
If you enjoyed Thus Spoke Zarathustra you might like Nietzsche’s Beyond Good and Evil, also available in Penguin Classics.
‘Enigmatic, vatic, emphatic, passionate, often breathtakingly insightful, his works together make a unique statement in the literature of European ideas’
A. C. Grayling 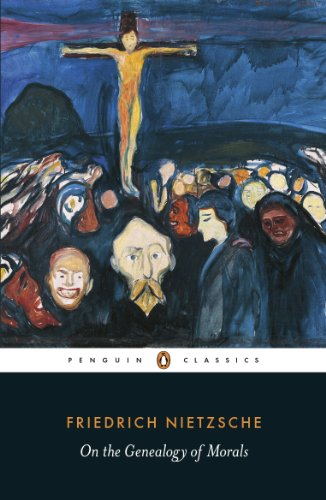 On the Genealogy of Morals

The companion book to Beyond Good and Evil, the three essays included here offer vital insights into Nietzsche’s theories of morality and human psychology.

Nietzsche claimed that the purpose of The Genealogy of Morals was to call attention to his previous writings. But in fact the book does much more than that, elucidating and expanding on the cryptic aphorisms of Beyond Good and Evil and signalling a return to the essay form. In these three essays, Nietzsche considers the development of ideas of ‘good’ and ‘evil’; explores notions of guilt and bad consience; and discusses ascetic ideals and the purpose of the philosopher. Together, they form a coherent and complex discussion of morality in a work that is more accessible than some of Nietzsche’s previous writings.

Friedrich Nietzsche was born near Leipzig in 1844. When he was only twenty-four he was appointed to the chair of classical philology at Basel University. From 1880, however, he divorced himself from everyday life and lived mainly abroad. Works published in the 1880s include The Gay Science, Thus Spoke Zarathustra, Beyond Good and Evil, On the Genealogy of Morals, Twilight of the Idols and The Antichrist. In January 1889, Nietzsche collapsed on a street in Turin and was subsequently institutionalized, spending the rest of his life in a condition of mental and physical paralysis. Works published after his death in 1900 include Will to Power, based on his notebooks, and Ecce Homo, his autobiography.

Michael A. Scarpitti is an independent scholar of philosophy whose principal interests include English and German thought of the eighteenth and nineteenth centuries, as well as exegesis and translation theory. 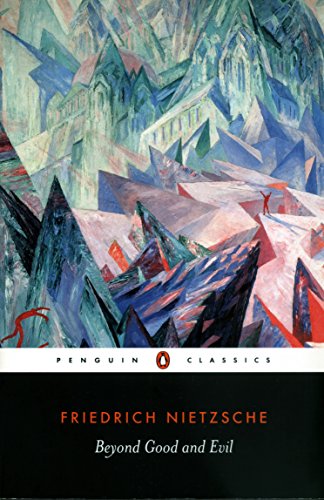 Beyond Good and Evil

Nietzsche, in Beyond Good and Evil, accuses past philosophers of lacking critical sense and blindly accepting dogmatic premises in their consideration of morality. He accuses them of founding grand metaphysical systems upon the faith that the good man is the opposite of the evil man, rather than just a different expression of the same basic impulses that find more direct expression in the evil man. 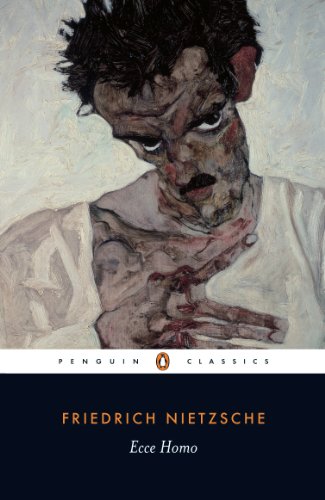 Ecce Homo How One Becomes What One Is; Revised Edition

In late 1888, only weeks before his final collapse into madness, Nietzsche (1844-1900) set out to compose his autobiography, and Ecce Homo remains one of the most intriguing yet bizarre examples of the genre ever written. In this extraordinary work Nietzsche traces his life, work and development as a philosopher, examines the heroes he has identified with, struggled against and then overcome – Schopenhauer, Wagner, Socrates, Christ – and predicts the cataclysmic impact of his ‘forthcoming revelation of all values’. Both self-celebrating and self-mocking, penetrating and strange, Ecce Homo gives the final, definitive expression to Nietzsche’s main beliefs and is in every way his last testament.