The Remains of the Day

The Remains of the Day is a profoundly compelling portrait of the perfect English butler and of his fading, insular world in post-war England. At the end of his three decades of service at Darlington Hall, Stevens embarks on a country drive, during which he looks back over his career to reassure himself that he has served humanity by serving a great gentleman. But lurking in his memory are doubts about the true nature of Lord Darlington’s greatness and graver doubts about his own faith in the man he served. 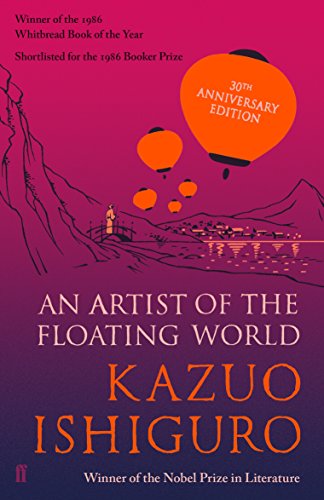 An Artist of the Floating World

Winner of the Nobel Prize in Literature 2017

Shortlisted for the Booker Prize

1948: Japan is rebuilding her cities after the calamity of World War II, her people putting defeat behind them and looking to the future. The celebrated painter Masuji Ono fills his days attending to his garden, his two grown daughters and his grandson, and his evenings drinking with old associates in quiet lantern-lit bars. His should be a tranquil retirement. But as his memories continually return to the past – to a life and a career deeply touched by the rise of Japanese militarism – a dark shadow begins to grow over his serenity.