The Hare with Amber Eyes A Hidden Inheritance


Edmund de Waal is a world-famous ceramicist. Having spent thirty years making beautiful pots–which are then sold, collected, and handed on–he has a particular sense of the secret lives of objects. When he inherited a collection of 264 tiny Japanese wood and ivory carvings, called netsuke, he wanted to know who had touched and held them, and how the collection had managed to survive. And so begins this extraordinarily moving memoir and detective story as de Waal discovers both the story of the netsuke and of his family, the Ephrussis, over five generations. A nineteenth-century banking dynasty in Paris and Vienna, the Ephrussis were as rich and respected as the Rothchilds. Yet by the end of the World War II, when the netsuke were hidden from the Nazis in Vienna, this collection of very small carvings was all that remained of their vast empire. 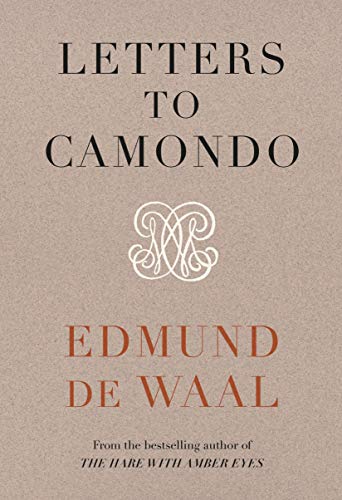 ‘Consistently illuminating… considered, compassionate and appreciative… This book is a wonderful tribute to a family and to an idea’ Guardian

63 rue de Monceau, Paris
Dear friend,
As you may have guessed by now, I am not in your house by accident. I know your street rather well.

Count Moïse de Camondo lived a few doors away from Edmund de Waal’s forebears, the Ephrussi, first encountered in his bestselling memoir The Hare with Amber Eyes. Like the Ephrussi, the Camondos were part of belle époque high society. They were also targets of anti-semitism.

Camondo created a spectacular house and filled it with the greatest private collection of French eighteenth-century art for his son to inherit. But when Nissim was killed in the First World War, it became a memorial and, on the Count’s death, was bequeathed to France.

The Musée Nissim de Camondo has remained unchanged since 1936. Edmund de Waal explores the lavish rooms and detailed archives and uncovers new layers to the family story. In a haunting series of letters addressed to the Count, he tells us what happened next.

‘Subtle and thoughtful and nuanced and quiet. It is demanding but rewarding’ The Times