A dazzling anthology of essays by some of the best writers of the past quarter century–from Barry Lopez and Margo Jefferson to David Sedaris and Samantha Irby–selected by acclaimed essayist Phillip Lopate. 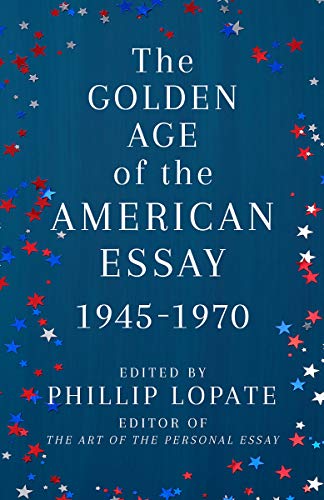 A one-of-a-kind anthology of American essays on a wide range of subjects by a dazzling array of mid-century writers at the top of their form. AN ANCHOR ORIGINAL.

A one-of-a-kind anthology of American essays on a wide range of subjects by a dazzling array of mid-century writers at the top of their form.

The three decades that followed World War II were an exceptionally fertile period for American essays. The explosion of journals and magazines, the rise of public intellectuals, and breakthroughs in the arts inspired a flowering of literary culture. At the same time, the many problems that confronted mid-century America–racism, sexism, nuclear threat, war, poverty, and environmental degradation among them–proved fruitful topics for America’s best minds. In The Golden Age of the American Essay, Phillip Lopate assembles a dazzling array of famous writers, critics, sociologists, theologians, historians, activists, theorists, humorists, poets, and novelists. Here are writers like James Agee, E. B. White, A. J. Liebling, Randall Jarrell, and Mary McCarthy, pivoting from the comic indignities of daily life to world peace, consumerism, and restaurants in Paris. Here is Norman Mailer on Jackie Kennedy, Vladimir Nabokov on Lolita,Martin Luther King, Jr.’s \”Letter from Birmingham Jail,\” and Richard Hofstadter’s \”The Paranoid Style in American Politics.\” Here are Gore Vidal, Rachel Carson, James Baldwin, Susan Sontag, John Updike, Joan Didion, and many more, in a treasury of brilliant writing that has stood the test of time.