The Books of Jacob

The Nobel Prize-winner Olga Tokarczuk’s richest and most ambitious novel yet follows the comet-like rise and fall of a messianic religious leader as he blazes his way across eighteenth-century Europe.


As new ideas–and a new unrest–begin to sweep the Continent, a young Jew of mysterious origins arrives in a village in Poland. Visited by what seem to be ecstatic experiences, Jacob Frank casts a spell that attracts a fervent following. He reinvents himself again and again, converts to Islam, then Catholicism, is pilloried as a heretic, revered as the Messiah, and wreaks havoc on the conventional order, Jewish and Christian alike, with scandalous rumours of his sect’s secret rituals and the spread of his iconoclastic beliefs.


The story of Frank–a real historical figure, a divisive yet charismatic man–is the perfect canvas for the genius and unparalleled reach of Olga Tokarczuk. Narrated through the perspectives of his contemporaries–those who revere him, those who revile him, the friend who betrays him, the lone woman who sees him for what he is–The Books of Jacobcaptures a world on the cusp of precipitous change, searching for certainty and longing for transcendence.


Olga Tokarczukis the winner of the 2018 Nobel Prize in Literature and the Man Booker International Prize, for her novel Flights. She has received many other honours, including her country Poland’s highest literary award, the Nike, for both Flightsand The Books of Jacob, considered by many to be Tokarczuk’s masterpiece. Her novel Drive Your Plow Over the Bones of the Dead was also highly praised. She is the author of nine novels, three story collections, a children’s book and two collections of essays, and has been translated into fifty languages. Widely regarded as the most important Polish writer of her generation, she lives in Poland.


‘Olga Tokarczuk is a masterful storyteller who challenges expectations of what a story can be.’ Age


‘As for Ms. Tokarczuk, there’s no doubt: She’s a gifted, original writer, and the appearance of her novels in English is a welcome development.’ Wall Street Journal


‘One among a very few signal European novelists of the past quarter-century.’ Economist 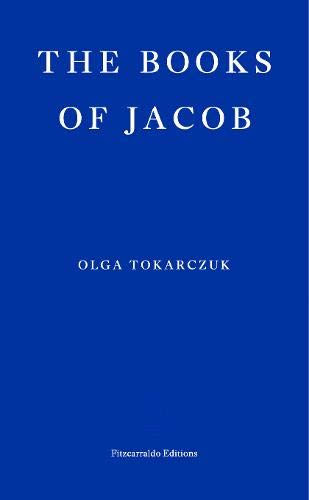 The Books of Jacob

In the mid-eighteenth century, as new ideas begin to sweep the continent, a young Jew of mysterious origins arrives in a village in Poland. Before long, he has changed not only his name but his persona; visited by what seem to be ecstatic experiences, Jacob Frank casts a charismatic spell that attracts an increasingly fervent following. In the decade to come, Frank will traverse the Hapsburg and Ottoman empires, throngs of disciples in his thrall as he reinvents himself again and again, converts to Islam and then Catholicism, is pilloried as a heretic and revered as the Messiah, and wreaks havoc on the conventional order, Jewish and Christian alike, with scandalous rumours of his sect’s secret rituals and the spread of his increasingly iconoclastic beliefs.

In THE BOOKS OF JACOB, her masterpiece, 2018 Nobel Prize in Literature laureate Olga Tokarczuk writes the story of Frank through the perspectives of his contemporaries, capturing Enlightenment Europe on the cusp of precipitous change, searching for certainty and longing for transcendence. 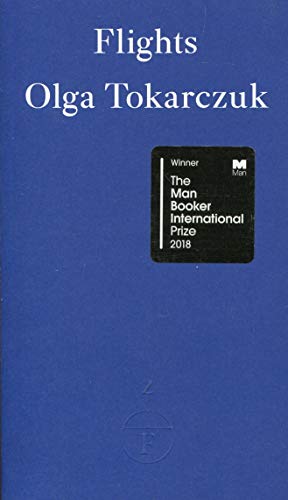 Flights is a series of imaginative and mesmerising meditations on travel in all its forms, not only the philosophy and meaning of travel, but also fascinating anecdotes that take us out of ourselves, and back to ourselves.Olga Tokarczuk brilliantly connects travel with spellbinding anecdotes about anatomy, about life and death, about the very nature of humankind. Thrilling characters and stories abound- the Russian sect who escape the devil by remaining constantly in motion; the anatomist Verheyen who writes letters to his amputated leg; the story of Chopin?s heart as it makes its journey from Paris to Warsaw, stored in a tightly sealed jar beneath his sister?s skirt; the quest of a Polish woman who emigrated to New Zealand as a teen but must now return in order to poison her terminally ill high-school sweetheart…You will never read anything like this extraordinary, utterly original, mind-expanding book. Many consider Tokarczuk to be the most important Polish writer of her generation and Flights is one of those rare books that seems to conjure life itself out of the air. 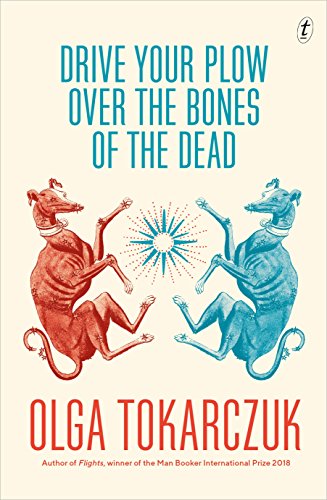 Drive Your Plow Over the Bones of the Dead
$37