Powerful and visionary, Keri Hulme has written the great New Zealand novel of our times.Winner of the Booker Prize in 1985, The Bone People is the story of Kerewin, a despairing part-Maori artist who is convinced that her solitary life is the only way to face the world. Her cocoon is rudely blown away by the sudden arrival during a rainstorm of Simon, a mute six-year-old whose past seems to hold some terrible trauma. In his wake comes his foster-father Joe, a Maori factory worker with a nasty temper. The narrative unravels to reveal the truths that lie behind these three characters, and in so doing displays itself as a huge, ambitious work that tackles the clash between Maori and European characters in beautiful prose of a heartrending poignancy. ‘In this novel, New Zealand’s people, its heritage and landscape are conjured up with uncanny poetry and perceptiveness’ Sunday Times 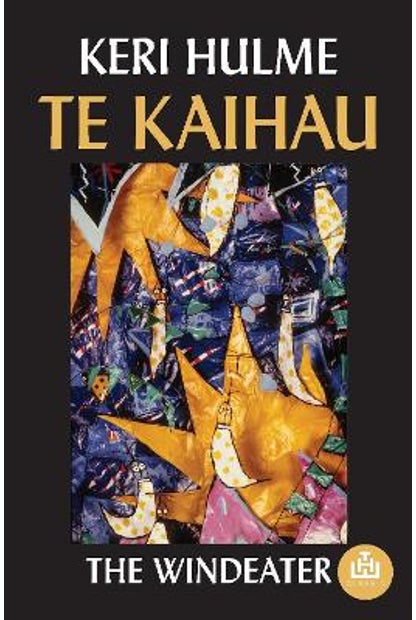 Te Kaihau / The Windeater was launched at the inaugural New Zealand Arts Festival Writers and Readers Week in March 1986, four months after The Bone People won the 1985 Booker Prize. These 20 stories were written over more than a decade and range from widely anthologised classics like the novella-length ‘Te Kaihau’ itself, ‘Hooks and Feelers’ and ‘One Whale, Singing’, to stories seldom encountered outside these pages. One, ‘A Drift in Dream’, offers a pre-bone people glimpse of Simon and his family. ‘To match the variety of forms and the exuberance of the language, the characters tumble out at you, energetically grabbing hold of your imagination. Sometimes mysterious, allusive, reflective, sometimes jaunty, rollicking, careless . . . and sometimes tugging you fearfully towards a world you’d rather not enter, then making you glad you did.’ -Renee, Broadsheet (1986) ‘An extraordinarily rich experience of the natural world. That this experience often includes unforgettable images of danger implicates the threat with wonder, the bleak vision with the garrulous humour-a tone inimitably Keri Hulme’s.’ -Ian Wedde, New Zealand Listener (1986) ‘Te Kaihau / The Windeater invites you to be a risky reader. You won’t be disappointed.’ -Harry Ricketts, Dominion (1986)