Professor Astro Cat is the smartest cat in the alley. He’s got a degree in just about every discipline under the sun

Speaking of the sun, he happens to be specialist on that too, and Professor Astro Cat’s Frontiers of Space will tell you everything that there could be to know about our star, our planet, our solar system, our galaxy, and our universe. The professor’s made sure of that; he’s a fastidious little feline

Professor Astro Cat’s Frontiers of Space also explores topics such as gravity, extraterrestrial life, time, and many other fascinating subjects that will take you and your children on a journey to the very frontiers of space

Dr. Dominic Walliman received a PhD in quantum device physics from Birmingham University in 2010 where he spent several years teaching physics to undergraduates and previously obtained a physics BSc and an MSc in computer science. He has also spread the joys of physics to the wider world, taking part in a series of talks in schools and demonstrations at festivals as well as tutoring A-level physics students.

Ben Newman is an award-winning illustrator (Royal Television Society Award for Best Branding and Opening Credits Sequence). Previous clients include Penguin, the BBC, the Edinburgh Fringe Festival, and the New York Times, amongst many others. He is a long-standing contributor to Nobrow and is the author of two books, The Bento Bestiary and Ouroboros, under the same imprint. 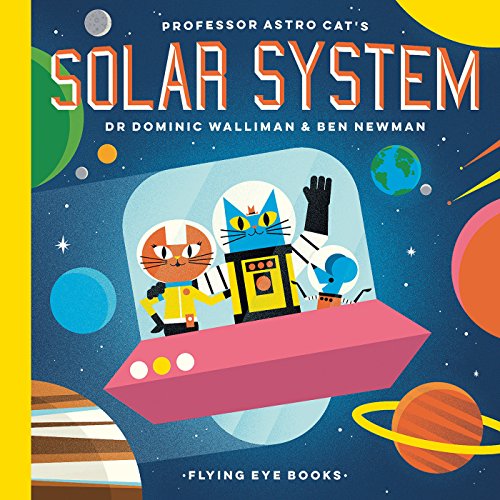 Welcome planet explorers! Did you know that Venus is covered in volcanoes? Have you ever wondered why Mars is red? Well, you’re in luck! Professor Astro Cat and the gang are about to set off on a journey around our solar system–so buckle up, join the tour, and get your learn on! 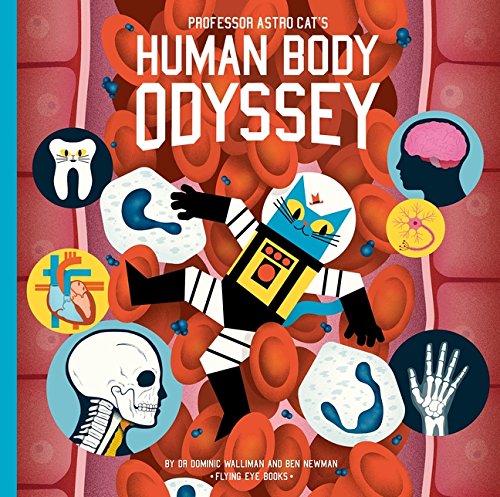 Are our ears supposed to be a weird shape? Why do we sneeze? What is the point in having skin?The human body is one of the most complicated things in the Universe. Join Professor Astro Cat and the whole gang as they journey through all the wondrous parts of the human body, with the help of writer Dominic Walliman himself! From head to toe and everywhere in-between, there’s nothing left out of this fascinating human body odyssey! 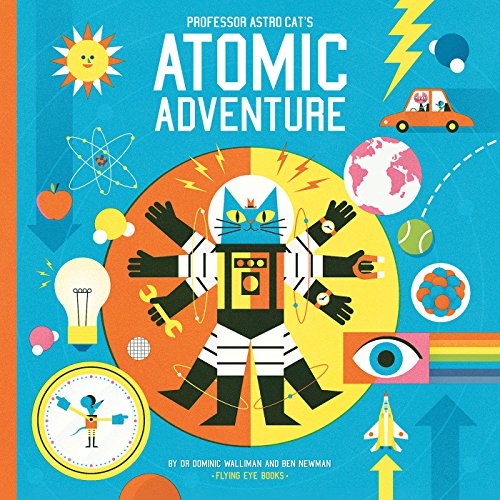 Class is in session, and the subject is physics. Your teacher? Why, he’s the smartest cat in the galaxy

In this brilliant follow up to Professor Astro Cat’s Frontiers of Space, our trusty feline returns to take you on a journey through the incredible world of physics. Learn about energy, power and the building blocks of you, me and the universe in this all new ATOMIC ADVENTURE
$43