When Silas Bird wakes in the dead of night, he watches powerlessly as three strangers take his father away. Silas is left shaken, scared and alone, except for the presence of his companion, Mittenwool . . . who happens to be a ghost. But then a mysterious pony shows up at his door, and Silas knows what he has to do. So begins a perilous journey to find his father – a journey that will connect him with his past, his future, and the unknowable world around him.

PONY is destined to become a future classic. 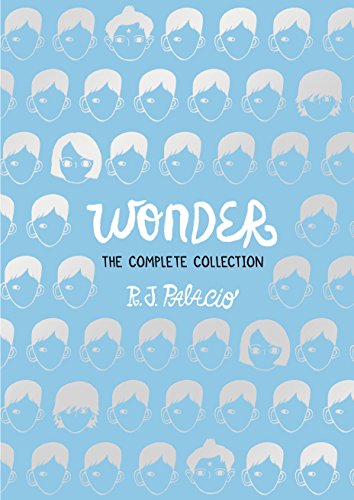 Now a major movie from Lionsgate, starring Julia Roberts and Jacob Tremblay.
The unforgettable, life-affirming and internationally bestselling story of August Pullman – a boy who’s desperate to blend in, but is destined to stand out.

My name is August. I won’t describe what I look like. Whatever you’re thinking, it’s probably worse.’

Auggie wants to be an ordinary ten-year-old. He does ordinary things – eating ice cream, playing on his Xbox. He feels ordinary – inside. But ordinary kids don’t make other ordinary kids run away screaming in playgrounds. Ordinary kids aren’t stared at wherever they go.

Born with a terrible facial abnormality, Auggie has been home-schooled by his parents his whole life. Now, for the first time, he’s being sent to a real school. All he wants is to be accepted – but can he convince his new classmates that he’s just like them, underneath it all?