A remarkable retelling of Hindu mythology, from one of Europe’s greatest literary figures.

In Ka, Roberto Calasso delves into the corpus of classical Sanskrit literature recreating and re-imagining the enchanting world of ancient India. Beginning with the Rig-Veda, Ka weaves together myths from the Upanishad, the Mahabharata and the stories of the Buddha, all of which pose questions that have haunted us for millennia.

The Book of All Books

A splendid reimagining of key stories from the Bible, by the author of The Marriage of Cadmus and Harmony.

A man named Saul is sent to search for some lost donkeys and on the way is named king of his people. The queen of a remote African realm travels for three years with her multitudinous retinue to meet the king of Jerusalem and pose him a few riddles. A man named Abraham hears a divine voice speaking words that reverberate throughout the Bible: ‘Go away from your land, from your kindred and from the house of your father toward the land that I will show you’.

In The Book of All Books, Roberto Calasso weaves together stories of promise and separation from one of the founding texts of Western civilisation. These tales of grace and guilt, of the chosen and the damned, cast many Biblical figures and indeed the whole book in a light as astonishing as it is disquieting.

The Book of All Books is part of a larger work which began with The Ruin of Kasch (1983) and includes The Marriage of Cadmus and Harmony, Ka, and The Celestial Hunter.

The Marriage of Cadmus and Harmony

New to Penguin Classics, the international bestseller by one of Europe’s pre-eminent literary figures.

The Marriage of Cadmus and Harmony is a masterful retelling of the ancient myths and fables we may only think we know. From the tale of Europa and the bull to the fall of Troy, Roberto Calasso weaves his way through the entire world of Greek mythology with a captivating sense of curiosity and intrigue that casts these classical stories in a whole new light for a modern reader. 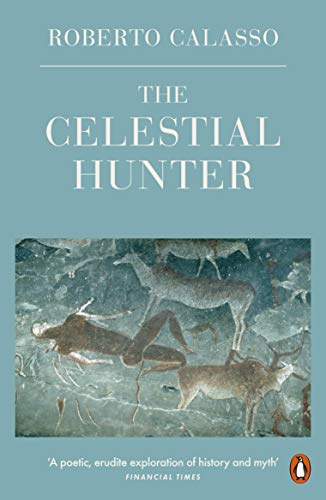 ‘When hunting began, it was not a man who chased an animal. It was a being that chased another being. No one could say with certainty who each of them were.’

Connecting Greek and Egyptian myth, the stories of poets, shamans and gods, Roberto Calasso takes us on a spellbinding voyage that traces the beginnings of our detachment from the animal world; from the landmark evolutionary moment in which humans became the hunter rather than the prey. Roaming through time and across cultures – from the Palaeolithic era to Turing’s Machine – The Celestial Hunter delves into the crucible of all our stories- the source of human grief, guilt, resilience and redemption with which we have wrestled throughout history.