In the Dark Room

Boldly combining the highly personal with the brilliantly scholarly,In the Dark Room explores the question of how memory works emotionally and culturally. It is narrated through the prism of the author’s experience of losing both his parents, his mother when he was sixteen, his father when he was on the cusp of adulthood and of trying, after a breakdown some years later, to piece things together. Drawing on the lessons of centuries of literature, philosophy and visual art, Dillon interprets the relics of his parents and of his childhood in a singularly original and arresting piece of writing reissued for the first time since its original publication in 2005, and including a new foreword from prize-winning biographer Frances Wilson. 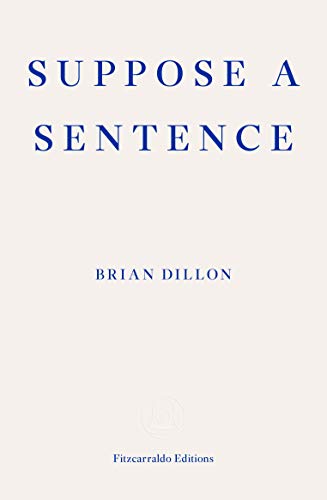 A captivating meditation on the power of the sentence by the author of Essayism, a 2018 New Yorker book of the year.

In Suppose a Sentence, Brian Dillon, whom John Banville has called \”a literary fl neur in the tradition of Baudelaire and Walter Benjamin,\” has written a sequel of sorts to Essayism, turning his attention to the oblique and complex pleasures of the sentence. A series of essays prompted by a single sentence–from Shakespeare to James Baldwin, John Ruskin to Joan Didion–this new book explores style, voice, and language, along with the subjectivity of reading. Both an exercise in practical criticism and a set of experiments or challenges, Suppose a Sentence is a polemical and personal reflection on the art of the sentence in literature.
$35 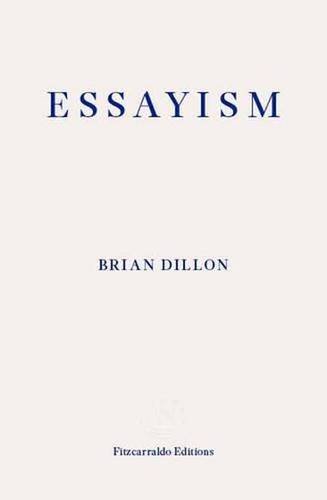 Imagine a type of writing so hard to define its very name means a trial, effort or attempt. An ancient form with an eye on the future, a genre poised between tradition and experiment. The essay wants above all to wander, but also to arrive at symmetry and wholeness; it nurses competing urges to integrity and disarray, perfection and fragmentation, confession and invention. How to write about essays and essayists while staying true to these contradictions? Essayism is a personal, critical and polemical book about the genre, its history and contemporary possibilities. It’s an example of what it describes: an essay that is curious and digressive, exacting yet evasive, a form that would instruct, seduce and mystify in equal measure. Among the essayists to whom he pays tribute – from Virginia Woolf to Georges Perec, Joan Didion to Sir Thomas Browne – Brian Dillon discovers a path back into his own life as a reader, and out of melancholia to a new sense of writing as adventure.