From the author of the classic Arctic Dreams comes a vivid recollection of his travels around the world and the encounters that have shaped an extraordinary life.

Taking us nearly from pole to pole – from modern megacities to some of the earth’s most remote regions – and across decades of lived experience, Barry Lopez gives us his most far-ranging yet personal work to date, in a book that describes his travels to six regions of the world: from Western Oregon to the High Arctic; from the Galápagos to the Kenyan desert; from Botany Bay in Australia to finally, unforgettably, the ice shelves of Antarctica.

Lopez also probes the long history of humanity’s quests and explorations, including the prehistoric peoples who trekked across Skraeling Island in northern Canada, the colonialists who plundered Central Africa, an enlightenment-era Englishman who sailed the Pacific, a Native American emissary who found his way into isolationist Japan, and today’s ecotourists in the tropics.

Throughout his journeys – to some of the hottest, coldest, and most desolate places on the globe – and via friendships with scientists, archaeologists, artists and local residents, Lopez searches for meaning and purpose in a broken world.

Horizon is a revelatory, epic work that voices concern but also hope – a book that makes you see the world differently, and that is the crowning achievement by one of America’s great voices. 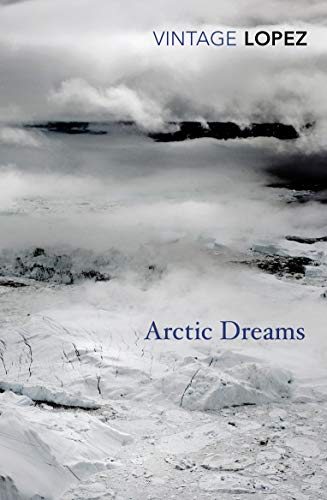 Arctic Dreams
This New York Times-bestselling exploration of the Arctic, a National Book Award winner, is \”one of the finest books ever written about the far North\” (Publishers Weekly).

\”The nation’s premier nature writer\” travels to a landscape at once barren and beautiful, perilous and alluring, austere yet teeming with vibrant life, and shot through with human history (San Francisco Chronicle). The Arctic has for centuries been a destination for the most ambitious explorers–a place of dreams, fears, and awe-inspiring spectacle. This \”dazzling\” account by the author of Of Wolves and Men takes readers on a breathtaking journey into the heart of one of the world’s last frontiers (The New York Times).

Based on Barry Lopez’s years spent traveling the Arctic regions in the company of Eskimo hunting parties and scientific expeditions alike, Arctic Dreams investigates the unique terrain of the human mind, thrown into relief against the vastness of the tundra and the frozen ocean. Eye-opening and profoundly moving, it is a magnificent appreciation of how wilderness challenges and inspires us.

Renowned environmentalist and author of Desert Solitaire Edward Abbey has called Arctic Dreams \”a splendid book .& .& . by a man who is both a first-rate writer and an uncompromising defender of the wild country and its native inhabitants\”–and the New Yorker hails it as a \”landmark\” work of travel writing. A vivid, thoughtful, and atmospheric read, it has earned multiple prizes, including the National Book Award, the Christopher Medal, the Oregon Book Award, and a nomination for the National Book Critics Circle Award.

This ebook features an illustrated biography of Barry Lopez including rare images and never-before-seen documents from the author’s personal collection.