Echidna is a dangerous animal; she pokes holes in men just to remind them what kind of monster she is wakes up every single morning and chooses violence cos what choice does she really have?

essa may ranapiri’s second poetry collection follows the story of Echidna, their own interpretation of the Greek Mother of Monsters, as she tries to figure out life and identity living in a colonised world. Alongside this Maui and Prometheus get into a very hot relationship.

Echidna contends with three strands of tradition; Greek mythology, Christianity and Maori esoteric knowledge, and through weaving them together attempts to create a queerer whole. It is a book that is in conversation with the work of many others; from Milton and R.S. Thomas to jayy dodd and Joshua Whitehead to Hinemoana Baker and Keri Hulme. Situating and building its own world out of a community of queer and Maori/Pasifika writing, it carefully places itself in a whakapapa of takatapui story-telling.

Praise for their first book, ransack:

‘In a world which so often doesn’t make space for non-binary and gender fluid people, essa is clearly carving out their own space . . . And by doing so, with unapologetic and raw words, they are making space for others to follow.’ —Gem Wilder, Booksellers

‘ranapiri’s debut is a triumph of cohesion and layered meaning.’ —Eliana Gray, enbylife 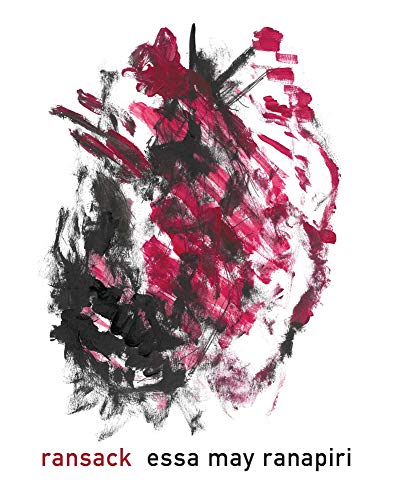 In ransack, essa may ranapiri addresses the difficulty of assembling and understanding a fractured, unwieldy self through an inherited language–a language whose assumptions and expectations ultimately make it inadequate for such a task. These poems seek richer, less hierarchical sets of words to describe ways of being. Punctuated by a sequence of letters to Virginia Woolf’s character Orlando, this immersive collection is about discovering, articulating, and defending–to oneself and to others–what it means to exist outside of the western gender binary, as takatapui. It describes an artist in a state of becoming, moving from Te Kore, through Te Po, and into the light.