The first instalment in the bestselling French fantasy series The Mirror Visitor Quartet-winner of the Grand Prix de l’Imaginaire.

Long ago, following a cataclysm called ‘The Rupture’, the world was shattered into floating celestial islands, known now as Arks. Ophelia lives on Anima, an Ark where objects have souls. Beneath her worn scarf and thick glasses, Ophelia hides two powers- the ability to read the past of objects and their human owners, and the ability to travel through mirrors. When she is promised in marriage to Thorn, the young girl must leave her family and follow her fiance to Citaceleste, the floating capital of a distant Ark. Why has she been chosen? Why must she hide her true identity?

With a feisty, unforgettable heroine, a rich universe, romance and thrilling intrigue, A Winter’s Promise will appeal equally to readers of Cornelia Funke, Scott Westerfeld and Margaret Rogerson. Discover the first instalment in a grand saga, and a talented new fantasy author with seemingly boundless powers of invention. 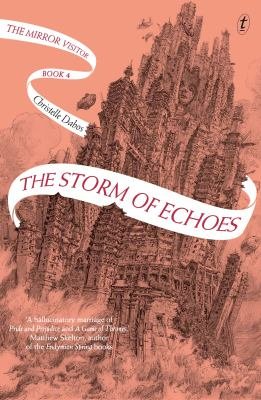 The Storm of Echoes: the Mirror Visitor, Book Four

In this gripping finale to Christelle Dabos’s bestselling Mirror Visitor quartet, Ophelia and Thorn finally uncover the truth that might help them solve the chaos in their universe of the arks.

After their initial distrust of each other, Ophelia and Thorn are now passionately in love. But they must continue to keep their love hidden. And listen out for the mysterious echoes…Only then can they attempt to decipher a cryptic code and discover the truth behind the sinister figure of the Other, whose devastating power continues to bring down entire arks, plunging thousands of innocents into the void.

At the observatory of the Deviations, overseen by a sect of mystical scientists who conduct terrifying secret experiments, Ophelia and Thorn hope to halt the ongoing destruction and bring the world back into balance.

Christelle Dabos takes us to the heart of a momentous otherworldly game, in which the fate of her characters hangs in the balance. The Storm of Echoes is a marvellous conclusion to a series that has captivated readers everywhere. 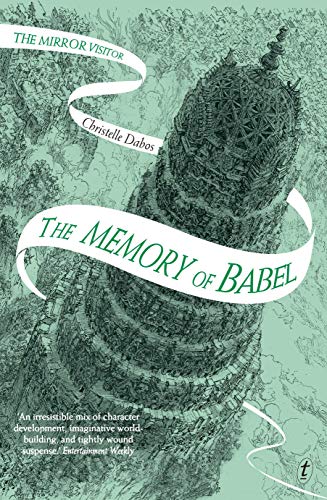 The Memory of Babel The Mirror Visitor, Book Three

Book Three in the internationally bestselling Mirror Visitor Quartet. Book One in the series was named the #1 Sci-Fi/Fantasy title of the year by the editors of the Amazon Book Review.

It has been almost three years since Thorn disappeared. Encouraged by revelations from Farouk’s Book, our feisty heroine Orphelia decides to act-and continue to challenge authority in her quest for truth and freedom. Under a false identity, she travels to the ark of Babel, a joyful, modern and cosmopolitan territory. Hidden in the heart of Babel is an elusive secret, which is at once the key to the past and to an uncertain future. Will Ophelia’s talents as a reader be enough to avoid the traps of her increasingly formidable enemies? Does she have even the slightest chance of finding Thorn again?

The Memory of Babel is the captivating third volume in the hugely popular Mirror Visitor Quartet, and ends on another almighty cliffhanger, before the final volume, appearing next year. 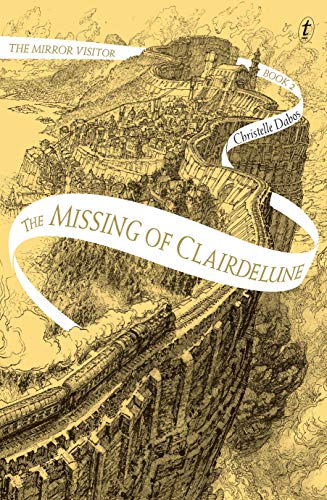 
In book two of the bestselling Mirror Visitor Quartet, \”the plots multiply, the world of the Arks gains depth, details abound, and the story envelops the reader as the pages fly by.\” (Le Monde des ados)


When Ophelia is promoted to Vice-storyteller by Farouk, the ancestral Spirit of Pole, she finds herself unexpectedly thrust into the public spotlight. her gift–the ability to read the secret history of objects–is now known by all, and there can be no greater threat to the nefarious denizens of her icy adopted home than this.


Beneath the golden rafters of Pole’s capitol, she discovers that the only person she may be able to trust is Thorn, her enigmatic and emotionally distant fiancé. As one influential courtier after another disappears, Ophelia again finds herself unintentionally implicated in an investigation that will lead her to see beyond Pole’s many illusions to the heart of a formidable truth.