A Place of My Own The Architecture of Daydreams

\”A glorious piece of prose . . . Pollan leads readers on his adventure with humor and grace.\” —Chicago Tribune

A captivating personal inquiry into the art of architecture, the craft of building, and the meaning of modern work \”A room of one’s own: Is there anybody who hasn’t at one time or another wished for such a place, hasn’t turned those soft words over until they’d assumed a habitable shape?\” When Michael Pollan decided to plant a garden, the result was the acclaimed bestseller Second Nature. In A Place of My Own, he turns his sharp insight to the craft of building, as he recounts the process of designing and constructing a small one-room structure on his rural Connecticut property–a place in which he hoped to read, write, and daydream, built with his own two unhandy hands. Michael Pollan’s unmatched ability to draw lines of connection between our everyday experiences—whether eating, gardening, or building—and the natural world has been the basis for the popular success of his many works of nonfiction, including the genre-defining bestsellers The Omnivore’s Dilemma and In Defense of Food. With this updated edition of his earlier book A Place of My Own, readers can revisit the inspired, intelligent, and often hilarious story of Pollan’s realization of a room of his own—a small, wooden hut, his shelter for daydreams—built with his admittedly unhandy hands. Inspired by both Thoreau and Mr. Blandings, A Place of My Own not only works to convey the history and meaning of all human building, it also marks the connections between our bodies, our minds, and the natural world. 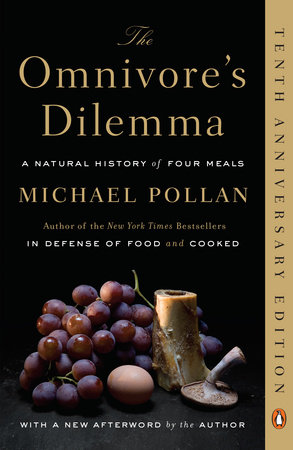 The Omnivore's Dilemma A Natural History of Four Meals

Outstanding . . . a wide-ranging invitation to think through the moral ramifications of our eating habits. —The New Yorker

One of the New York Times Book Review’s Ten Best Books of the Year and Winner of the James Beard Award Author of How to Change Your Mind and the #1 New York Times Bestseller In Defense of Food and Food Rules What should we have for dinner? Ten years ago, Michael Pollan confronted us with this seemingly simple question and, with The Omnivore’s Dilemma, his brilliant and eye-opening exploration of our food choices, demonstrated that how we answer it today may determine not only our health but our survival as a species. In the years since, Pollan’s revolutionary examination has changed the way Americans think about food. Bringing wide attention to the little-known but vitally important dimensions of food and agriculture in America, Pollan launched a national conversation about what we eat and the profound consequences that even the simplest everyday food choices have on both ourselves and the natural world. Ten years later, The Omnivore’s Dilemma continues to transform the way Americans think about the politics, perils, and pleasures of eating.
$41 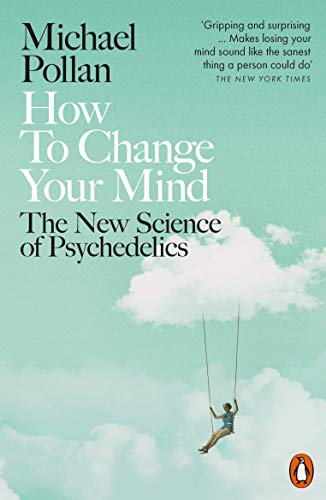 How to Change Your Mind What the New Science of Psychedelics Teaches Us about Consciousness, Dying, Addiction, Depression, and Transcendence

A #1 New York Times Bestseller, New York Times Book Review 10 Best Books of 2018, and New York Times Notable Book A brilliant and brave investigation into the medical and scientific revolution taking place around psychedelic drugs–and the spellbinding story of his own life-changing psychedelic experiences When Michael Pollan set out to research how LSD and psilocybin (the active ingredient in magic mushrooms) are being used to provide relief to people suffering from difficult-to-treat conditions such as depression, addiction and anxiety, he did not intend to write what is undoubtedly his most personal book. But upon discovering how these remarkable substances are improving the lives not only of the mentally ill but also of healthy people coming to grips with the challenges of everyday life, he decided to explore the landscape of the mind in the first person as well as the third. Thus began a singular adventure into various altered states of consciousness, along with a dive deep into both the latest brain science and the thriving underground community of psychedelic therapists. Pollan sifts the historical record to separate the truth about these mysterious drugs from the myths that have surrounded them since the 1960s, when a handful of psychedelic evangelists inadvertently catalyzed a powerful backlash against what was then a promising field of research. A unique and elegant blend of science, memoir, travel writing, history, and medicine, How to Change Your Mind is a triumph of participatory journalism. By turns dazzling and edifying, it is the gripping account of a journey to an exciting and unexpected new frontier in our understanding of the mind, the self, and our place in the world. The true subject of Pollan’s mental travelogue is not just psychedelic drugs but also the eternal puzzle of human consciousness and how, in a world that offers us both suffering and joy, we can do our best to be fully present and find meaning in our lives.
$28