One ofJezebel‘s Favorite Books of 2016

A Manual for Cleaning Womencompiles the best work of the legendary short-story writer Lucia Berlin.

With the grit of Raymond Carver, the humor of Grace Paley, and a blend of wit and melancholy all her own, Berlin crafts miracles from the everyday, uncovering moments of grace in the Laundromats and halfway houses of the American Southwest, in the homes of the Bay Area upper class, among switchboard operators and struggling mothers, hitchhikers and bad Christians.

Readers will revel in this remarkable collection from a master of the form and wonder how they’d ever overlooked her in the first place.

\”Perhaps, with the present collection, Lucia Berlin will begin to gain the attention she deserves.\” -Lydia Davis

Welcome Home A Memoir with Selected Photographs and Letters

As the case with her fiction, Berlin’s pieces here are as faceted as the brightest diamond. –Kristin Iversen, NYLON

A compilation of sketches, photographs, and letters, Welcome Home is an essential nonfiction companion to the stories by Lucia Berlin

Before Lucia Berlin died, she was working on a book of previously unpublished autobiographical sketches called Welcome Home. The work consisted of more than twenty chapters that started in 1936 in Alaska and ended (prematurely) in 1966 in southern Mexico. In our publication of Welcome Home, her son Jeff Berlin is filling in the gaps with photos and letters from her eventful, romantic, and tragic life. From Alaska to Argentina, Kentucky to Mexico, New York City to Chile, Berlin’s world was wide. And the writing here is, as we’ve come to expect, dazzling. She describes the places she lived and the people she knew with all the style and wit and heart and humor that readers fell in love with in her stories. Combined with letters from and photos of friends and lovers, Welcome Home is an essential nonfiction companion to A Manual for Cleaning Women and Evening in Paradise.
$25 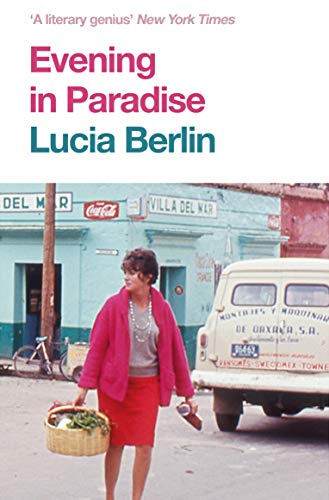 In 2015, Farrar, Straus and Giroux publishedA Manual for Cleaning Women, a posthumous story collection by a relatively unknown writer, to wild, widespread acclaim. It was aNew York Timesbestseller; the paper’sBook Review named it one of the Ten Best Books of 2015; and NPR,Time, Entertainment Weekly,The Guardian,The Washington Post, theChicago Tribune, and other outlets gave the book rave reviews.

The book’s author, Lucia Berlin, earned comparisons to Raymond Carver, Grace Paley, Alice Munro, and Anton Chekhov.Evening in Paradise is a careful selection from Berlin’s remaining stories–twenty-two gems that showcase the gritty glamour that made readers fall in love with her. From Texas to Chile, Mexico to New York City, Berlin finds beauty in the darkest places and darkness in the seemingly pristine.Evening in Paradise is an essential piece of Berlin’s oeuvre, a jewel-box follow-up for new and old fans.